It’s been surprisingly hard to find a banana bread I really like. We used to sometimes have a banana cake (that was effectively a banana bread) when I was a child, as a variation to our standard carrot cake. That was ok, but not my favourite, and most since have been not quite right – too coarse, too dense, too oily, too sweet, too much banana or not enough…you get the picture!

What makes this one stand out is the method, with the eggs and sugar beaten until really fluffy and pale, which helps to make the cake surprisingly light, but still with a moist heft to it that keeps it firmly in banana bread territory rather than, say, banana flavoured sponge.

This recipe lasts well at room temperature, and also freezes and defrosts well, so I often make two and freeze one, sliced, to pull out a piece for morning tea. The picture above shows it looking a little crumbly after being defrosted, but the flavour is still great. It’s also rather nice toasted 🙂

I like it quite plain, but you could certainly drizzle a lemon icing (or perhaps even cream cheese frosting) over the top too, as the cake isn’t enormously sweet. [Edit 7/19: while I love it plain, this variation with lemon myrtle and macadamias is also fantastic]

Whisk together the flour, bicarb, and salt. Beat together the eggs and sugar with an electric mixer until pale and fluffy. Slowly beat in the oil, followed by the mashed bananas and cream/yoghurt. Fold in the flour mixture.

Scrape the batter into the tin and smooth the top. Bake for 50-60 min until a skewer comes out clean. Cool on a rack in the tin for 10 minutes, before turning out of the tin and leaving on the rack until cold.

Store in an airtight container at room temperature – it will last for up to 5 days.

2 thoughts on “My Favourite Banana Bread” 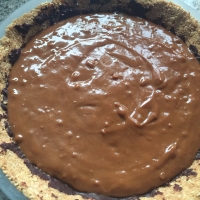 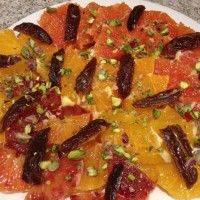